In an era where content creation is a pivotal aspect of businesses models across fields, defining what is Wattpad and investigating how the platform has changed the entertainment industry is essential to bridging creativity and success

Developed in 2006 in Toronto, founders Allen Lau and Ivan Yuen sought to create a platform that involved communities coming together in a love for stories — removing the barriers between authors and readers in the process. For the first time, there was a major app that allowed for connectivity to occur and redefined traditional expectations for writing. Authors are able to balance their professional and personal lives through their writing. The use of numerous pen names humanized the authors and closed the gap that previously existed between writers and their audiences — presenting the writers as much more personable.

From the reader’s perspective, the interaction that Wattpad provided empowered individuals to not only foster relationships with the writers but also to go out and write stories of their own. After all, what is Wattpad if not a place where everyone can bond over various fandoms and build connections?

After years of the social reading platform amassing followers from all over the world, there began a trend where numerous professionals and corporations began to take more notice of the content and communities that Wattpad hosted. In 2021, the platform became a subsidiary of Korean tech giant Naver for $600 million — joining the company’s other content service Webtoon. Combining two of the biggest storytelling communities together, Wattpad extended its reach from 94 million users to approximately 176 million monthly users.

With stories available in more than 50 languages from 300,000 writers from 35 different countries globally, Wattpad is already a deep creative hub ready for content to be reproduced in alternative avenues.

While traditionally in the publishing industry you would have to have an agent that has connections to a publishing house, Wattpad has overturned that system. Now, writers have the ability to gain attention through the platform and receive a potential publishing deal by their own means. The process has become much more streamlined in regards to time and feedback, especially when it comes to getting attention from major publishing houses.

With Wattpad having built-in data metrics that analyze engagement numbers not just for stories as a whole, but specifically chapters and paragraphs, creators are able to see which aspects of their work speak to their readers. Such usage of technology has been extremely useful when their fanfiction and stories receive enough clout to translate into a production deal. In fact, over 1500 stories from the platform have been developed by today’s biggest studios.

With Wattpad’s new relationship with Naver and Webtoon, $100 million has been committed to more than 100 TV and film projects across five different continents. The success of Wattpad’s adaptations extended these stories into popular culture. Streaming giants Netflix and Hulu produced some of the most popular adaptations, including All of Us Are Dead, After, Light As a Feather, and The Kissing Booth. When understanding what is Wattpad in its entirety, there are also drawbacks to consider with such wide offerings and popularity.

Because Wattpad carries the reputation of being a medium for young teenage girls to write their stories — oftentimes fanfiction — there is a certain taboo held by many around anything associated with the outlet. For example, Anna Todd’s After was originally a One Direction fanfiction she had written as a Wattpad story. After getting a publishing deal with Simon and Schuster and becoming a New York Times Bestseller, Todd went on to receive a production deal with Netflix.

The backlash she received from the online forum and the general public due to the origins of her work demonstrates how society often focuses on stigmas and stereotypes, disregarding the creative potentials that exist. 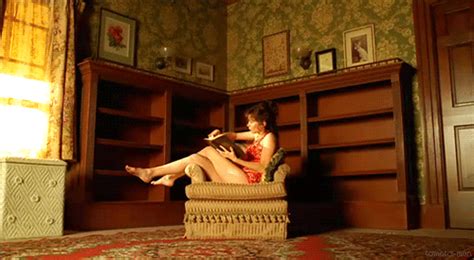 The success that Wattpad has amounted to —  despite the negative attention — signifies that there is something of unique value in the platform. After all, there has been plenty of content that has crashed and burned spectacularly without Wattpad helping. Cats ringing a bell with anyone?

Taking Lau and Yuen’s central mission of connectivity, there is a sense of collaboration and transmission of feedback that’s special. Thus, agents and producers are able to see and predict what is popular in the masses, but also then produce content that caters to the global audience.

Looking to run an epic influencer marketing campaign with Creators on Wattpad? NeoReach has the best experience in creating viral campaigns that convert on social media. Sign up here!

Writing As a Foundation

For all of the hate that revolves around Wattpad, the accessibility of the platform enables not only inclusivity and opportunity for anyone to try their hand at writing, but — at the end of the day — shines a light on content production in general. What are movies made from? Scripts. What are the first steps of a song? Lyrics. There would be no publishing industry without what? Books. What is Wattpad essentially void without? Stories. Writers are undoubtedly the backbone of every entertainment industry there is today. It’s the words and emotions that such individuals pen that evoke the masses to experience and see the world in new ways they had never sought to previously.

See just how powerful stories are across any social platform. Check out this blog for the books that TikTok helped put on the New York Times Bestseller lists.

With Wattpad being the biggest platform today and serving as an outlet for writers of all experiences, the encouragement to share works within an anonymous name provides a certain safety net to experiment with writing and plotlines.

Just looking at the success that Wattpad has had, the trajectory of the platform is predicted to continue climbing. Especially in an age where technology is increasingly consuming individuals, Wattpad’s growing audience caters towards fostering a new environment that encourages a creator and follower relationship.

So what is Wattpad? When it’s all said and done, Wattpad is the special community that is fostered and the doors of opportunities that are unlocked for authors of any background. The creativity and the relationships the stories on the platform create have impacts that go way beyond what we’re able to calculate or tangibly see. It’s the writers that define what Wattpad is and how it will continue challenging the traditional methods of storytelling.

Want to work with creatives on Wattpad and other campaigns? Get started with us today!

Have you seen these top crypto influencers on TikTok? TikTok isn’t just for dance trends and lip-synching. It has become one of the go-to platforms for knowledge sharing. With the explosion of ...

Politicians are turning to TikTok for the Ukraine Russian War

Since the start of the Ukraine Russian War, TikTok has become a hub for information, some reliable and some problematic. Social media have thus far been known for building digital communities. On ...